The race for the North Caledonian League title reached its climax on Saturday with Golspie Sutherland winning 1-0 against out-going champions Orkney at Kirkwall.
In the other league match, Alness United re-captured their early season form with an 8-2 victory over Inverness Athletic. Invergordon reached their second cup final of the season when they defeated Jock MacKay Cup Final semi-final opponents St Duthus 4-0 at Tain.

GOLSPIE Sutherland clinched their first North Caledonian League title in four years with a narrow victory against defending champions Orkney at Kirkwall.
After an evenly contested and goal-less first half the decisive goal arrived mid-way through the second period. Lukasz Geruzel latched onto a high ball on the edge of the 18-yard box and smashed a shot into the top corner of the net. It proved to be the only goal of the match as Golspie held out for an historic win.
Gospie will be presented with the league championship trophy at the conclusion of their next home fixture - the Jock MacKay Cup semi-final tie against Bunillidh Thistle at King George V Park on Saturday, March 30.

Alness United found the scoring touch with a high-scoring victory against Inverness Athletic at Dingwall.
A remarkable first half produced seven goals, four of them for United. Alan Kerr headed United in front but D J MacPhee scored direct from a corner to level. Goals from Mikey Rae and Lewis MacKenzie put United 3-1 up before Athetic hit back with two goals in as many minutes from Scott MacLean and Ryan Ingram.
But United restored their lead before half time when Gordon Finlayson converted a penalty.
It was one-way traffic in the second half with United running in four goals without reply.
Kerr and Rae both scored again before Jordan Shaw and Jack Hudson got in on the act with late goals.

INVERGORDON reached their second cup final of the season with an impressive victory against St Duthus at Tain.
Arron Christie scored the opener direct from a free kick mid-way through the first half.
Ken Morrison doubled the lead on the hour mark when he side footed home following a Darran Goller lay-off.
Morrison turned provider when he knocked the ball on for Finlay MacLeod to make it 3-0 in the 72nd minute.
Kyle MacLean rounded off an impressive display with a superb volley two minutes into stoppage time. 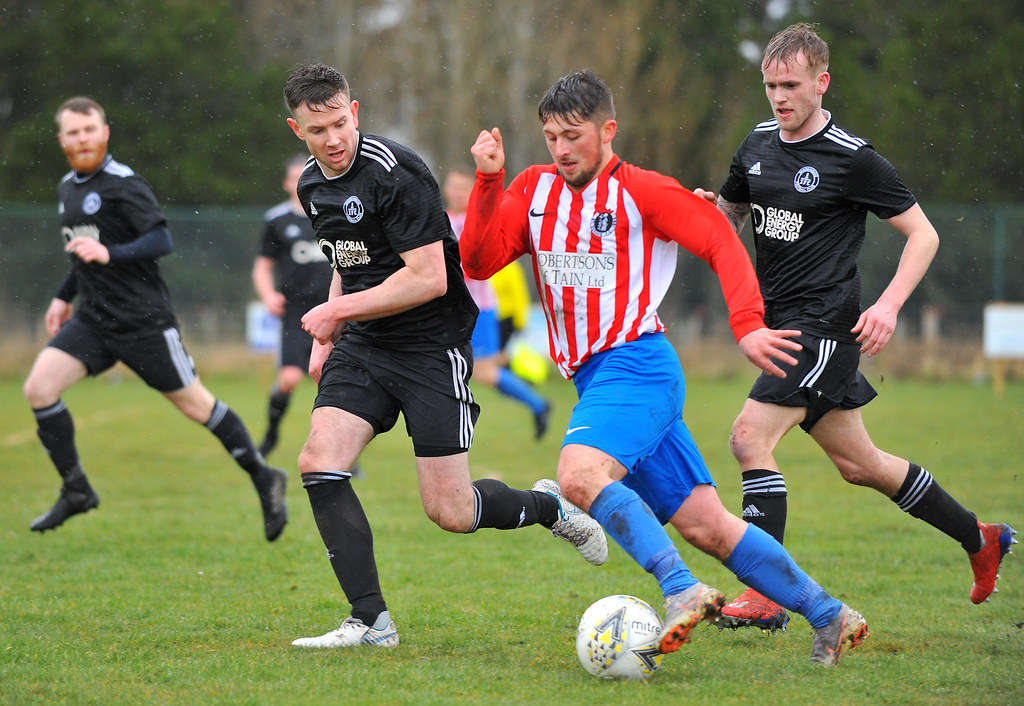